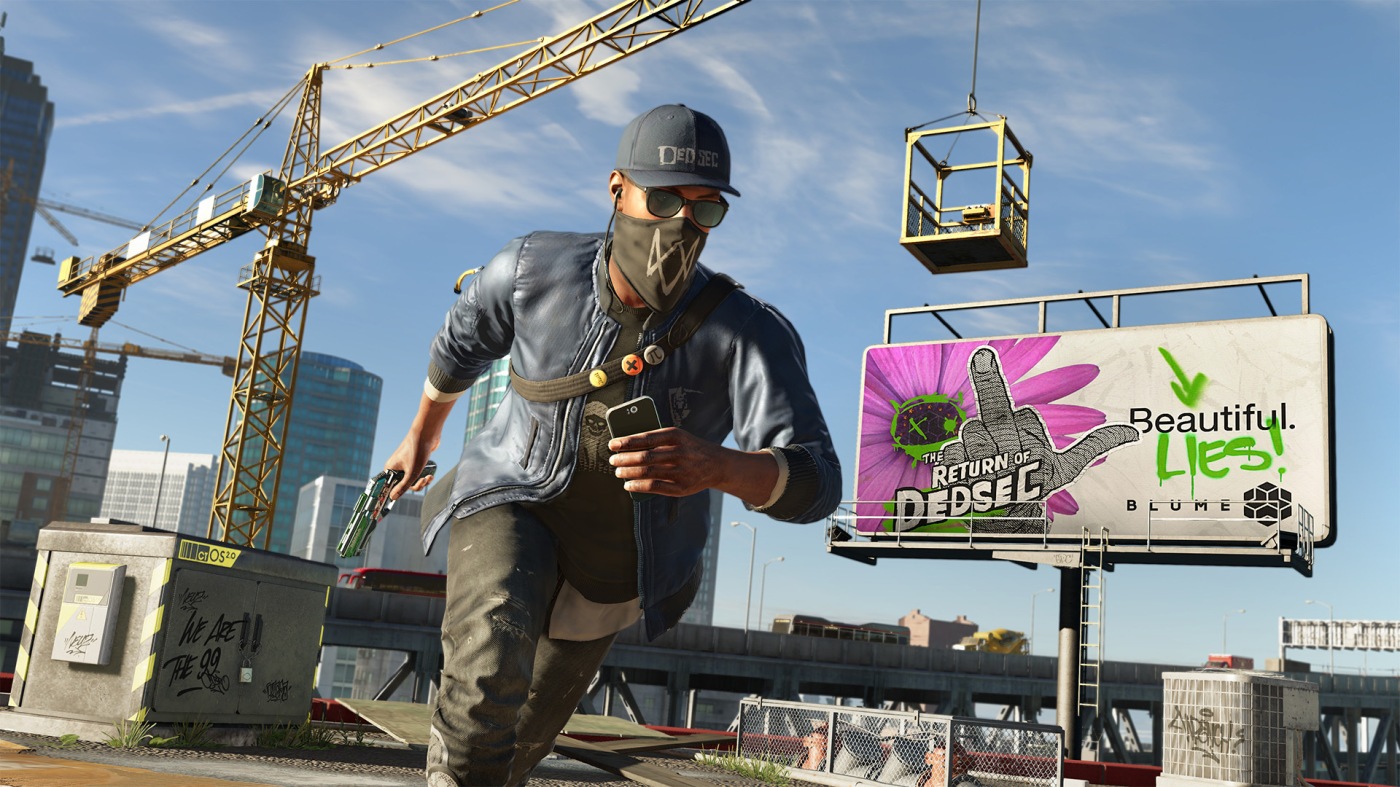 This weekend, I had a chance to see the Watch Dogs 2 demo live at Fan Expo Canada. It’s the same demo that has been shown at E3 and floating around YouTube. Watching it live leaves a great impression and I was honestly impressed. The game looks great and they have made meaningful changes to core mechanics, including driving and NPC AI. The driving mechanic was worked on by Ubisoft Reflections (the same division of Ubisoft responsible for the Driver series), NPCs are more diverse and reactive, and they react to Marcus positively or negatively based on the game’s new mood system.

There are also all sorts of devices for you to navigate the world with and gadgets to hack into. Remote vehicles will help you circumvent obstacles and look like a lot of fun, especially for players who enjoy stealth. If you prefer to get more involved in the action, Marcus can now traverse the environment fluidly and quickly climb and leap around buildings. I walked away pretty pumped about Watch Dogs 2. But that was their goal, and that worries me.

In this closed environment, Watch Dogs 2 is impressive in both appearance and scope. The trouble is that it’s clearly a carefully curated experience. Although the Ubisoft Booth invited anyone to participate, the demonstrations were held behind closed doors. We were seated in a room and walked through the demo by a member of the Ubisoft team.

From the beginning of the demo, we were asked not to record what we saw. The reasoning for the request resonated with me: “The game is unfinished, we may experience some issues they are not representative and we don’t want them ending up on YouTube please”. At first, it’s a pretty basic and understandable request. Then you consider the timeline; Watch Dogs 2 is out November 15,  10 weeks from now.

Most games end their development cycle and go gold approximately 2 to 4 weeks before they hit shelves. That suggests that to make their release date, the development team only has about two months or less left to finish Watch Dogs. At this stage, should there be any game breaking glitches worthy of a YouTube expose? Perhaps it’s just a case of concern for overreacting customers in a particularly competitive sales period. Perhaps they have reason to be concerned.

Development cycles vary from title to title, but most games are fairly close to finished when they are within reach of their deadlines. So where’s the playable demo? Numerous games out this fall have already given player’s hands-on experiences.Battlefield 1 is currently conducting an open beta, Dead Rising and Gears of War are both sharing playable demos at various shows, even Ubisoft’s own For Honor (not out until next February) offered a playable demo at the show. No-one has been given the chance to play Watch Dogs 2 for themselves, with the exception of a few media outlets. I imagine those were as carefully curated as my experience.

Three years ago, I experience a very similar experience with Assassin’s Creed: Unity. Players were only allowed to watch demonstrators walk through a mission. The marketing was tightly controlled, and when the game hit our PCs and consoles that fall…

My English teacher once told me to avoid cliches and adages as much as possible, but this one’s important: Things that look too good to be true, probably are. Watch Dogs 2 looks AMAZING. Everything from textures to lighting looks great, and the city of San Francisco is picture perfect. Graphics are (arguably) a key element in video games, no matter where you stand in that debate. The general trend in gaming is towards more realism in games: Realistic textures, environments, lighting, particle physics, facial expressions, so on and so forth. Ubisoft plays the “this game looks stunning” card as much as any other AAA developer. But do they always deliver?

This is where PC gamers might step in to blame consoles for capped frame rates and simplified graphics. Go ahead, get it out. When you’re done, I’ll direct you back to that screenshot above. Glitches like those were not a matter of handcuffed system requirements. This isn’t about the value of one system over the other, this is about how video games are marketed to us. Unity has not been the only Ubisoft title to reach consumers in a less than complete fashion.

Now here comes Watch Dogs 2, a game I’ve been interested in playing for a few months now. It looks like Ubisoft has learned a lot from the first installment, and has made an effort to improve where the original fell short with a more exciting protagonist, cool new gadgets, and stunning environments. I am looking forward to exploring the bay area, which will be completely open from the very start of the game, but I am also trepidatious. Ubisoft has a history over-promising their products, and the carefully crafted marketing strategy with a limited distribution of gameplay experiences are big red flags. Flags which should make you think twice before pre-ordering your copy.

The only way Ubisoft (and others guilty of this) will stop misrepresenting their games is if we stop paying for them up front. Every time, we fall for cool trailers and preorder bonuses. Every time, we reward exactly the type of manipulation we curse about weeks later when Ubisoft has already moved onto their next big game. Watch Dogs 2 might deliver the goods despite history, and could still prove to be an entertaining game even if it falls short in some areas. It should not, however, be given the benefit of the doubt.

This Article was first published on DVSGaming.org.