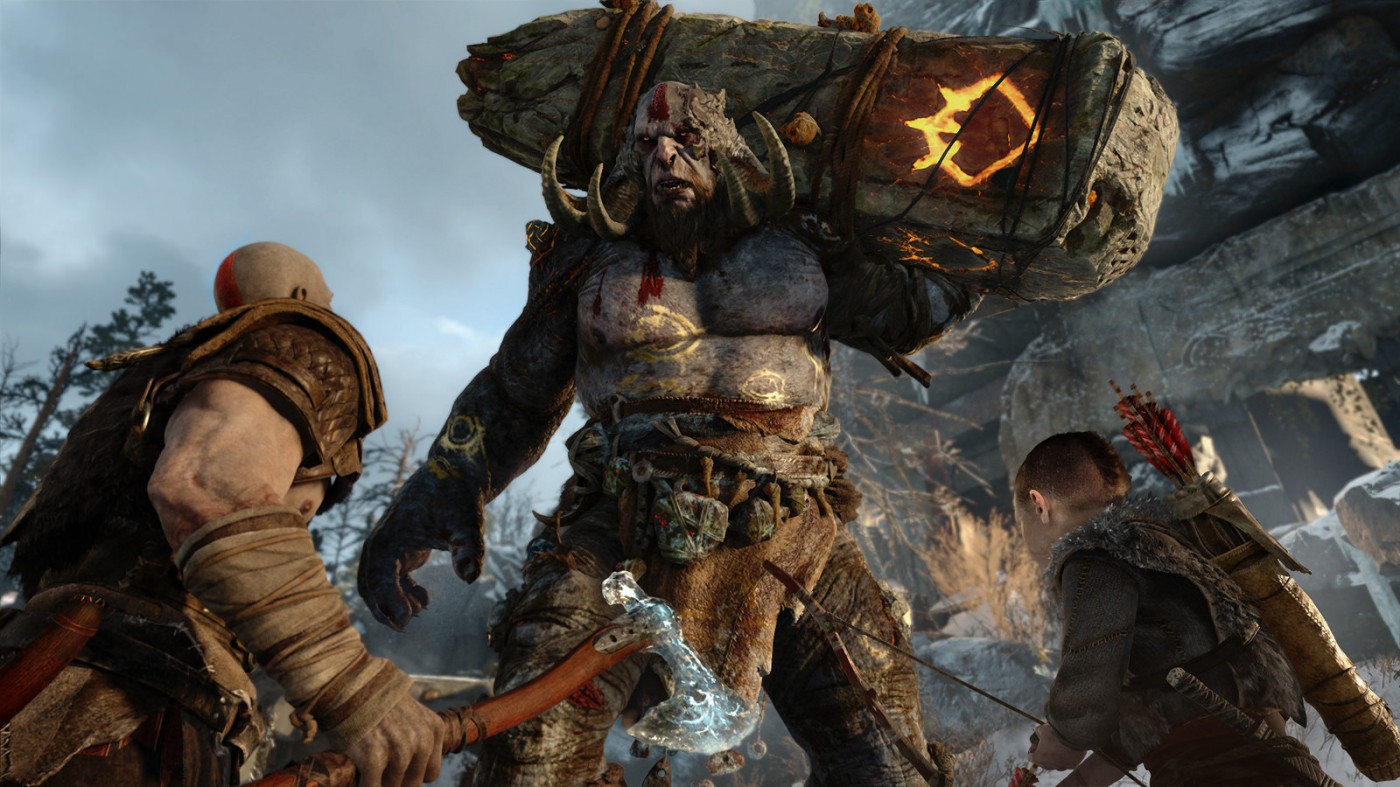 Some of the team behind God of War 4 took a moment to share some of the challenges and advantages of building a new game so different from anything we have seen before. In a special panel, God of War – Behind the Curtain, that included Jeet Shroff, Gameplay Engineering Lead, Ariel Angelotti, Art Team, Cory Barlog, Game Director Director, and Studio Head Shannon Studstill we learned more about the decisions that influenced the diversion from previous art and narrative styles.

Last year we got our first look at an older Kratos, in a new land facing new Gods. The team knew that removing many of the features typically seen in God of War titles, such as his Blades of Chaos, Greek motifs, and furious demeanor was a risk but it was an important risk for them to take. The process was very much about taking the franchise apart to rebuild it.

But why another God of War at all? Studio Head, Shannon Studstill, said she felt strongly that even though God of War has been away for a while there were more stories to be told with Kratos. Cory Barlog, who directed God of War 1, 2 and now 4 sees the original trilogy of games as a kind of origin story for a character who still has room for growth.

In order to see that growth the team is taking the game in a new direction with a more mature protagonist who is struggling with his new role as a father. The bond between father and son is a core pillar in God of War 4. It will affect all aspects of gameplay, not just the narrative. You will see the relationship reflected in puzzle solving and combat. from the narrative to puzzles to combat. 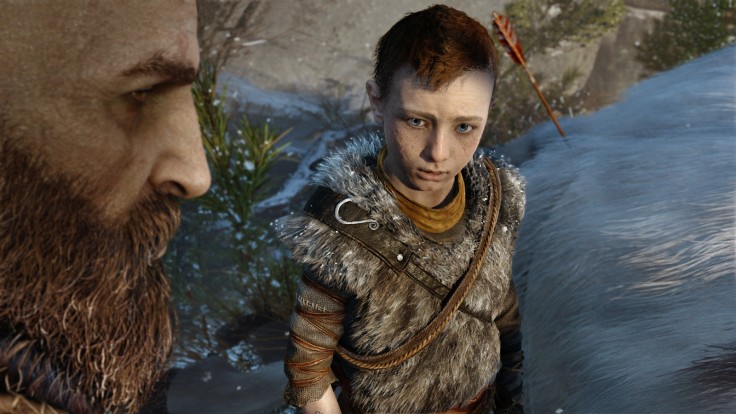 Barlog was quick to defend the decision to make Kratos’ son a constant part of the experience. This will not be a game-long escort mission as he is an autonomous character. While some of his functions are linked to a button press but he is capable of acting on his own and aiding Kratos, not some burden.

At the end of God of War 3, Kratos had all but destroyed Olympus itself. His path to revenge left a bloody trail of Greek Gods and served as a rather fitting final chapter in the trilogy. When looking to breath new life into the story Kratos the team decided that they needed an entirely new setting, and not just because almost every god in Greece was dead. 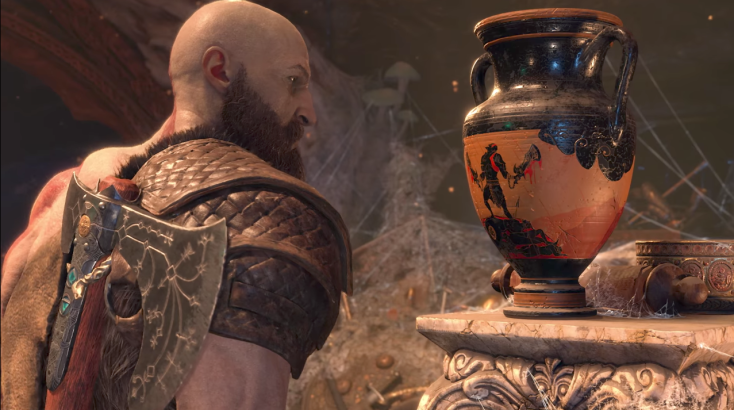 There was a fierce debate in the Sony Santa Monica Studios over what mythology would best serve the next chapter of God of War. In the end, they settled on Norse mythology, a rich cultural heritage that they believed gave them the tools they needed to effective world building.

There were challenges in bringing Norse mythos to life, the largest being that it lacked the iconic ruins of Greek architecture that made the setting of earlier games so easy to identify. There was a risk that players may be less familiar with the gods and monsters of Norse Mythology as well. The team had to find a why to ground God of War 4 in a world that stood out as it’s own.

A lot of research was done to bring this new world to life. Runes became a big aesthetic anchor point but one they gave meaning. The creative team used Runes to help with world and character building. More importantly, they took great care to use the real written and spoken Norse language.

God of War 4 sits in an unusual space in video game development. It is not a new IP or a reboot, yet in many ways, it isn’t a direct sequel either. Where a new IP allows a development team to build from scratch and sequels have solid foundations laid out for them. Sony Santa Monica looked at what makes a God of War Game.

As such there are many familiar elements, such as the fluid combat and visceral finisher moves but there is plenty of change as well. Kratos iconic blades have been replaced with an elemental ax, his new companion, even the player’s relationship with the camera has changed.

The camera is one of the bigger changes to how players will experience the world. The camera has been set lower giving fans a new perspective. During our first look at E3 2016, we learned this shifted the visual focus. It allows you to take in the world better accommodates your companion.

Barlog also wanted to remove camera cuts from God of War 4 so that players could experience as much of the game as possible through the viewpoint of Kratos.

Exploration and progression will be more important elements as the franchise also grows. The levels are larger and less linear in a similar manner as Uncharted 4 diverted from as strictly linear levels.

The creative team admits they have taken risks as they reimagine their franchise but are confident that fans will appreciate them. They promise all the action we love in God of War with stunning new environments, rich new mythology, and a deeper story.

God of War 4 is due early 2018 exclusively on PS4. Do you think the risks Sony Santa Monica will pay off?