This weekend one of my favourite action franchises celebrated its 10th birthday.

Uncharted has been a highlight of my gaming every year it has been released I love this franchise (Seriously, of the meagre 18 platinum trophies I own, seven are Uncharted titles). So when I watched Naughty Dog’s tribute to 10 years of fighting pirates, solving over complicated locks, and narrow escapes it brought a smile to my face. Well, that and the thought “has it really been 10 years”?

Seriously, 10 years? I still remember unpacking my PS3, I snagged one in a last minute Christmas stock release. I remember the first time I played Uncharted. Running back and forth through puddles and streams in the jungle just to watch Nathan dry off slowly. It was a mindblowing upgrade in technology then as silly as it may seem now.

I remember battling my way through old ruins. That cistern section was a toughy. Being terrified of those zombies in the lost German research facility. Dodging snipers in that church. All building to that final showdown with Navaro which played out more like a film climax than a boss fight. Uncharted was the first game that felt truly cinematic. It was action-packed, had a sense of humour, and made me feel like I was the star in an action film.

Since then Naughty Dog has given us four more Uncharted titles, each building on the mechanics and characters of the last. For me, Among Thieves is still my favourite. It added new combat and other mechanics that made a significant difference in the gameplay. I loved the story from the impact of hanging off a train to the daring heist, right through to escaping a collapsing lost city.

It was also the Uncharted that really began to develop its characters. Drake, Sully, Elena. Even Chloe, who evolved from only looking out for herself to not hesitating when Elena needed a hand. The level design was phenomenal. Warzones, mountain villages, jungle ruins. Each with fast-paced action. That moment a building collapse under Drake, or leaping in between moving trucks every moment felt thrilling.

And that train level? I have heard that for some Uncharted 2’s train sequence epitomizes the series “on the rails” (no pun intended) feeling. That as players we are playing a script just to trigger the big set-piece moments. Particularly that moment when you have to defeat the heavy standing on a pile of logs. It can’t deny the linear nature of it all but the cinematic feel is one of the core elements that make Uncharted… Uncharted.

Then there was Drake’s Deception. It was a little more emotionally mature but still packed full of great moments. It threw us out of a plane, let us raid a convoy on horseback, and had some of the toughest spots to beat on crushing. Those final hallucinogenic levels were something else. It also began to distance the series from the supernatural.

Uncharted 4: A Theif’s End was the most technically advanced of the games. We got stunning open maps, improved stealth, and the grappling hook which was pretty cool, especially for takedowns. It also represented a tonal shift in the franchise which I have still not 100% come to terms with.

Part of me felt some of the themes regarding Drake’s obsession with the past and how it damaged his relationship with Elena had already been tackled in Drake’s Deception. The other part of it was that it sometimes felt that Naugty Dog had fallen too far on the side of the narrative. I love the stories they tell in Uncharted and I loved the story in Uncharted 4 but I felt they gave up some of the playable action. gunplay and platforming were short bursts between long cutscenes or dialogue sections and while they were a lot of fun I was left wanting more.  You can read my essay on it here.

Still, I did enjoy Uncharted 4 and although I was sorry to say goodbye to Nathan Drake, a protagonist I had grown to love over the course of the series, it made a good capstone to the franchise.

Besides my thirst for more action was answered the following year with Lost Legacy, which while a bit shorter than a full Uncharted title was still a fantastic game. It put all of Uncharted 4’s engineering to work with new protagonists, is another excited local. 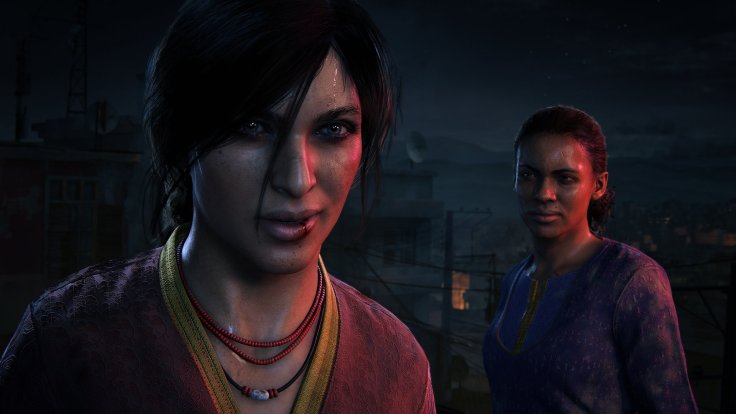 Lost Legacy was more than just a Nathan Drake adventure with a female protagonist. It stands quite well on its own within the Uncharted world. Borrowing from other great Uncharted levels like Uncharted 2’s train battle (still one of my all time favourite levels in the series) Lost Legacy is in some ways an Uncharted greatest hits.

That doesn’t mean it doesn’t add anything to the series. It has the largest map in an Uncharted title, which is spectacular just to explore honestly. Its photo mode is an example for all games. We also learn more about Chloe and the story redeems Nadine Ross from her villain persona in Uncharted 4. Plus it is packed with great action. Perhaps most importantly it gives me hope there may be more Uncharted in Naughty Dog’s future.

I have spent a decade playing these games and I have loved each one in its own right (Yes even that PS Vita game). It is a series that has grown with me and features a lot of my best gaming moments. It is hard to put my finger on exactly what has made Uncharted so special to me. I think what it boils down to is pretty basic. Its good story, one which leaves you feeling like you just did something pretty damn cool. Even if it is all one and zeros.

So cheers to Naughty Dog for a decade of adventure.

Naughty Dog is celebrating Uncharted’s birthday with a neat limited edition PlayStation Skin you can pick up from the PlayStation store and an Uncharted 10th Anniversary character skin bundle in Uncharted 4 and Uncharted: The Lost Legacy multiplayer, which includes some classic skins for Nate, Elena, and Sully.

If you are a fan check out the retrospective panel Naughty Dog will host during PSX. The panel on Saturday, December 9 at 5:00pm PT and if you aren’t in Annehiem catch it on live.playstation.com.

What are some of your favourite moments?